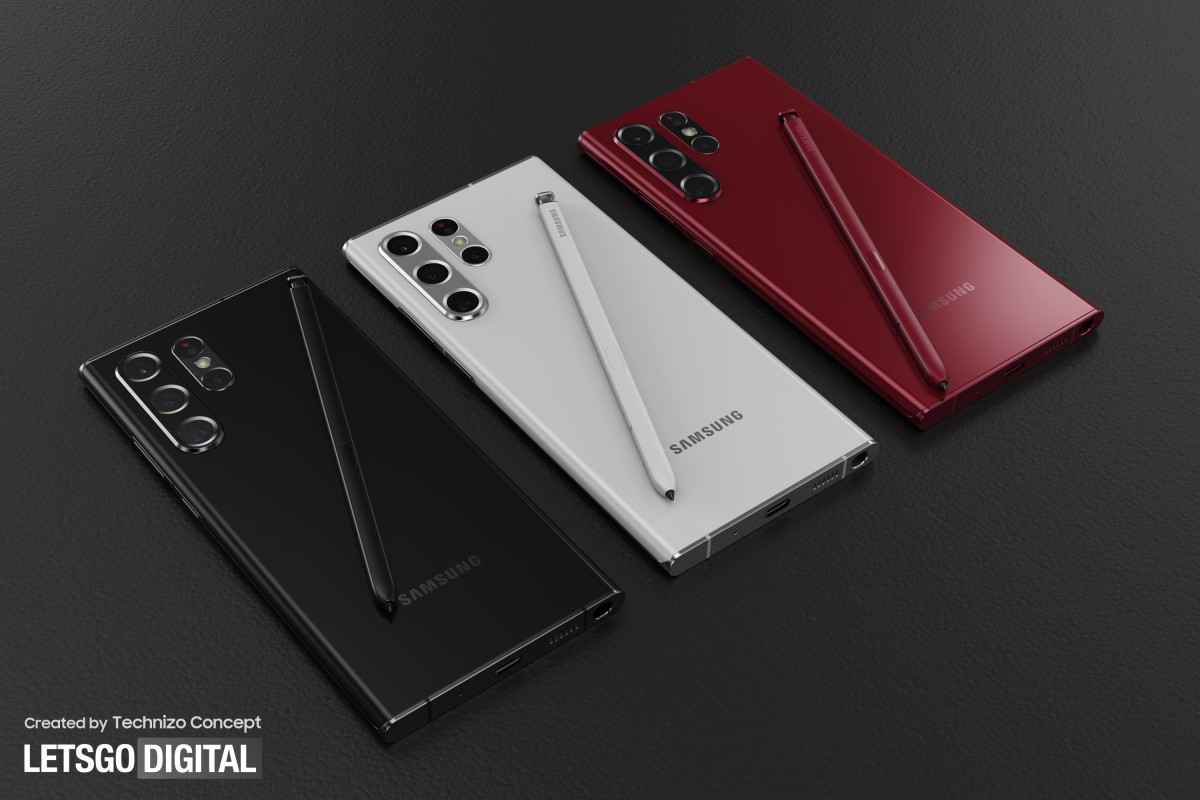 
The Korean tech giant is set to unveil its next flagship Samsung Galaxy S22 Ultra soon and now ahead of the official debut the CAD renders are now available and give us a hint of what the design might look like, these renders from LetsGoDigital in collaboration with Technizo Concept imagines the Galaxy S22 Ultra with a different camera island design.

According to the image, the latest renders imagine the camera setup arranged in two smaller islands, just as IceUniverse suggested last month. LetsGoDigital points out that the p-shape was gathered from the outline of dummy devices that case makers use to test new phone covers.

Earlier it was reported that the Galaxy S22 Ultra would be delayed in favor of prioritizing the (long-delayed) launch of the Galaxy S21 FE series, said to happen sometime in January. The Galaxy S22 series, meanwhile, may launch at the end of February in time for Mobile World Congress.