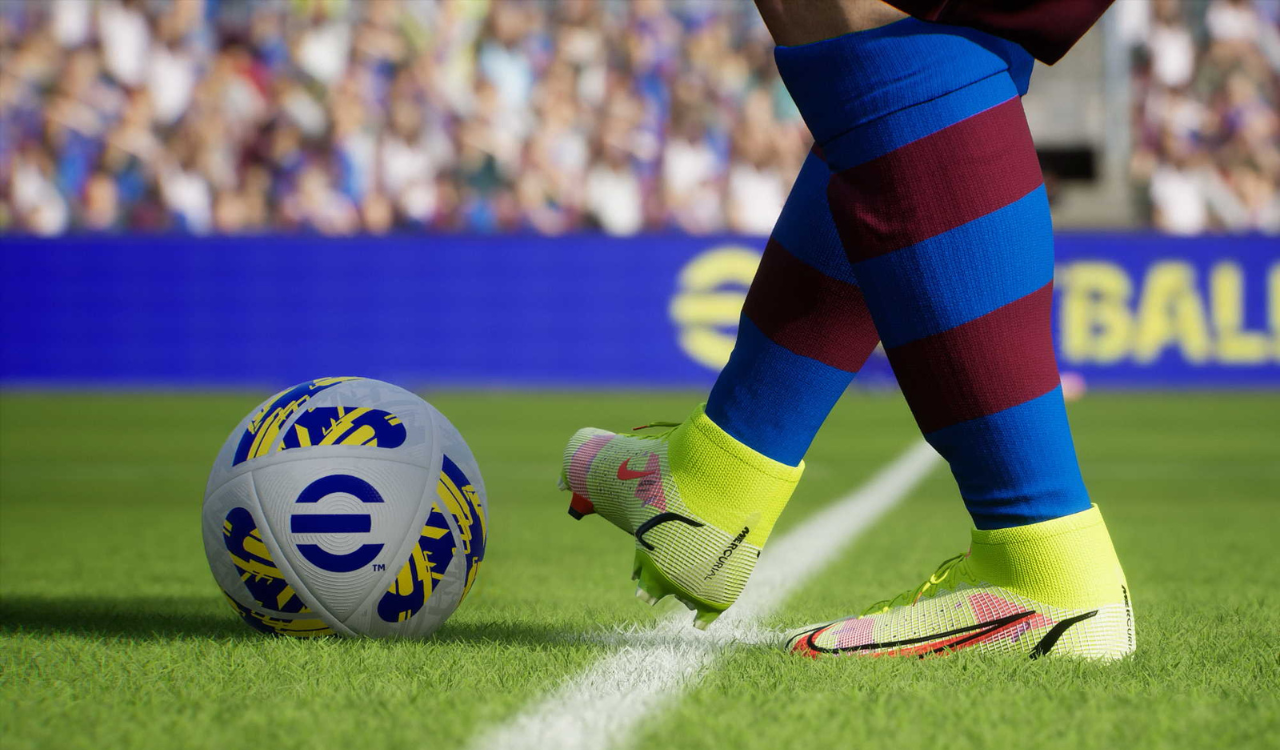 
Konami today released eFootball 2022 Update 1.1.2 for PS5, PS4, Xbox Series X | S, Xbox One and PC. The update solves some more and less known bugs, as well as gives all players (including mobile players) a “Deal in the Dark”. Below are the notes of the 1.1.2 update of eFootball 2022 with all the changes and fixes made:

Furthermore, as mentioned at the beginning, to thank the community Konami has decided to give an Agreement in the dark to all players who will install the eFootball 2022 update 1.1.2 by 03:59 on 4 July 2022. Once this requirement has been met, it will be possible to redeem the bonus by logging into the game and opening the Post Office. The Blind Agreement in question will only be usable by 7 July 2022.

The Accords in the dark of eFootball 2022 allow you to obtain legendary player cards and objects to improve your Creative Team. Staying on the subject, FC Bayern Munich has recently renewed the licensing agreement with eFootball 2022, with exclusive content for Konami’s free-to-play game.