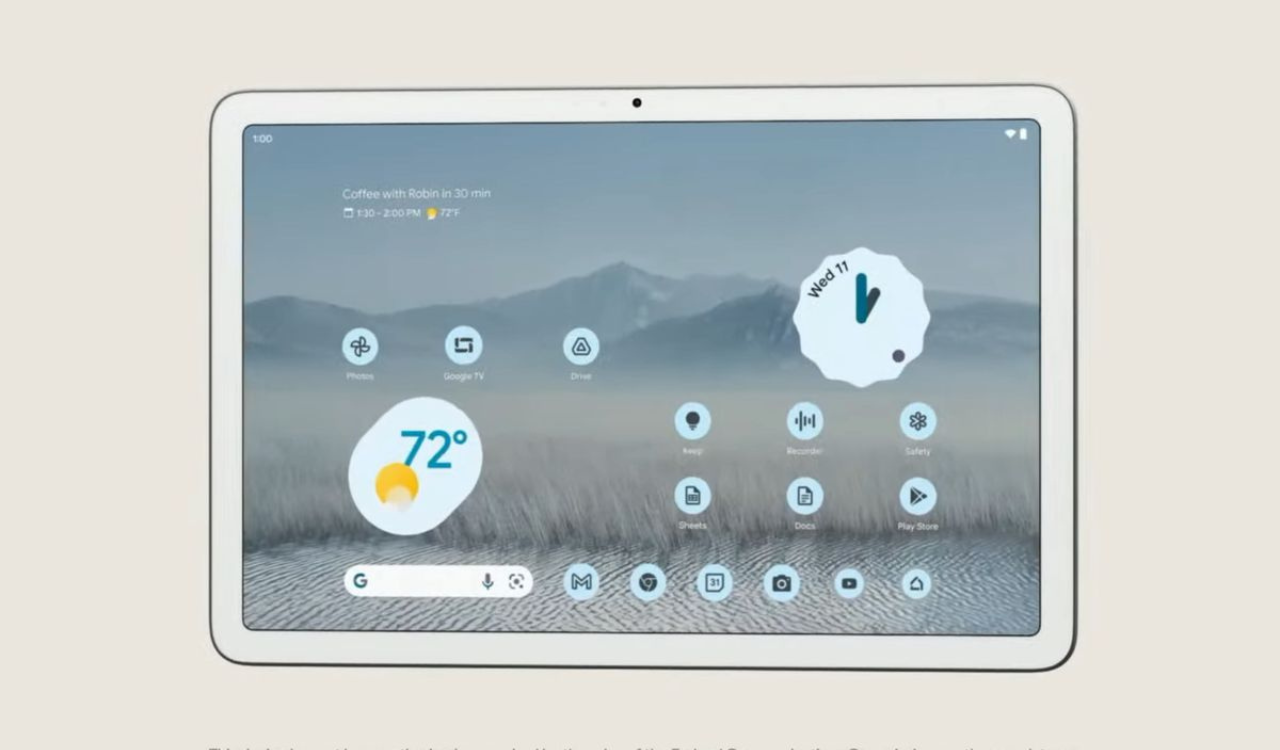 
Google hasn’t shared anything about its Pixel Tablet so far. Simply some graphics. This is most likely related to the market debut, which is scheduled for 2023. However, because he once dared to go deep into Google’s source code, a developer can now bring new details to the table.

According to Kuba Wojciechowski, the source codes that are currently available confirm that the Pixel Tablet is a Nest Hub with a display. The LCD on the speaker station should be removable. According to reports, Google designed the entire device around this concept.

The power connection to the docking station is most likely made through the PINs on the back:

This gets us to the following point, which is both interesting and possibly irritating. There will be no GPS or cell communications, simply WiFi for Internet access. Furthermore, Google should save money on sensors for barometers and proximity, which are found in every (better) smartphone.

It also confirms the Pixel 6’s incorporation of the Google Tensor, but a new generation will be available by then. 4 GB of RAM should be the limit, but the Pixel Tablet is likely the first gadget to lack older 32-bit capability. You recognize the device as the Pixel Tablet A-Series.

Finally, the relatively easy camera arrangement has been validated. The front and rear cameras should be the same that Google incorporated into the Pixel 6 as a front camera. This also saves money while providing adequate video telephony. So you’re repurposing some hardware from the Pixel 6 series, which is soon to be phased off.

This information indicates that Google wishes to achieve the lowest possible price for the Pixel Tablet. It functions as a smart home screen and is adequate for media enjoyment on the couch and in bed. You must use devices from other OEMs, such as Samsung or Apple if you want a high-end machine.