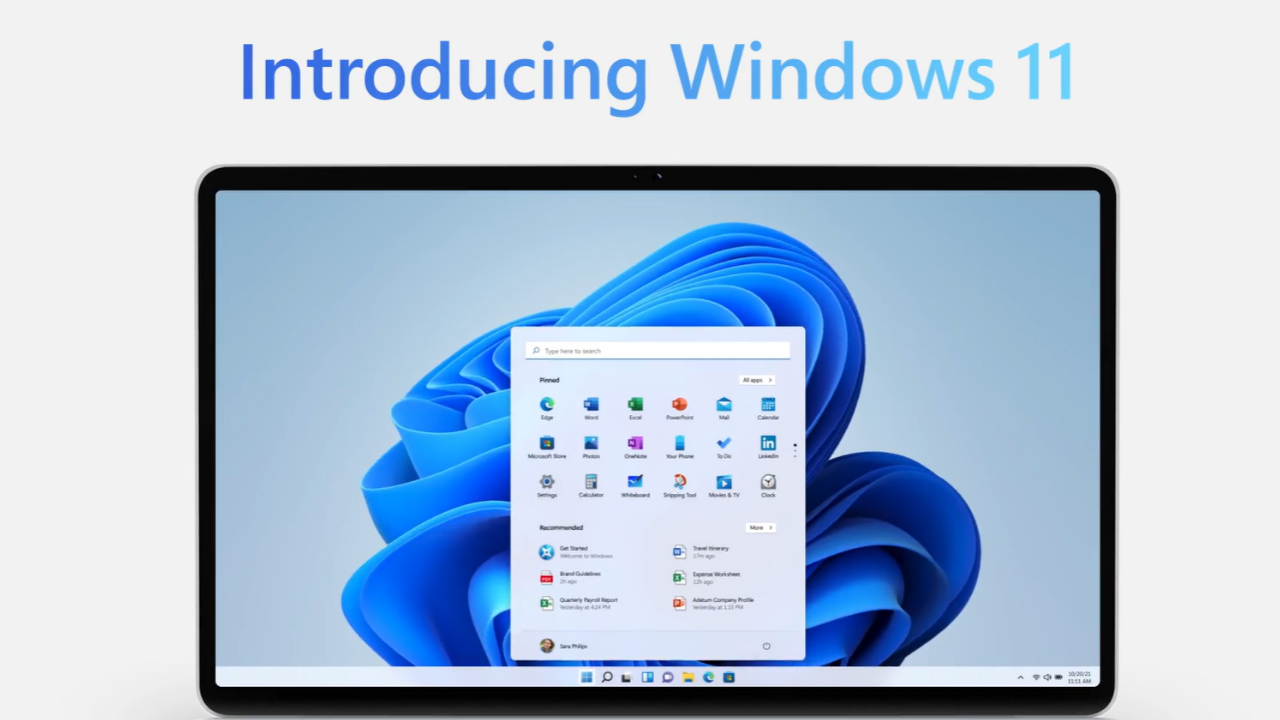 
Microsoft released the official version of Windows 11 and after the launch, many users have reported about the bug and issues that are occurring on devices. Now, according to the latest information, Windows 11 has a new developer preview version 22483.1011. The update does not include any new content and is intended to test the service pipeline built by Microsoft on the Dev channel.

The update includes everything in Windows 11 Build 22483 that was released two days ago. Microsoft has launched the Windows Insider 7 anniversary badge. In the next few weeks, Windows Insider users will soon see it in the Achievement section of the Feedback Center.

Improve:
The right-click option “Recommend” or “More” has been added to the start menu to refresh the displayed items.

Fixed an issue that caused the search to appear black and nothing displayed below the search box.

Searching for “display” will display the display settings correctly.

When trying to access the Linux entry of WSL in the navigation window of the File Explorer, the error message “WSL.localhost is unavailable, insufficient resources” will no longer pop up on the ARM64 PC.

Fixed an issue where cellular data in the recent Dev channel could not work on some devices.

Solved a problem of NTFS when USN journaling was enabled, that is, each write would perform extra unnecessary operations, which would affect I/O performance.

Some minor improvements have been made to the performance monitor’s keyboard navigation and screen reader usage.

The Webview2 process can be correctly grouped with the application that uses it in the process tab of the task manager.

Fixed an issue that caused the Publisher column in the task manager to fail to retrieve the name.

The screen and sleep timeout may be shortened, and the potential impact of this issue on energy consumption is being investigated.

We are investigating reports from insiders that the “Process” tab in Task Manager is sometimes blank.

A problem is being fixed that caused some devices to use SYSTEM_SERVICE_Exception for error checking when updating. If you have encountered this problem before, try restarting and try the update again.

An insider’s report is being investigated, saying that the Xbox Game Pass game failed to install with an error of 0x00000001.

In some cases, you may not be able to enter text when using “Search from Start” or the taskbar. If you encounter this problem, press WIN+R on the keyboard to launch the Run dialog box, and then close it.

We are fixing an issue that causes tooltips to appear in unexpected positions after hovering over the corner of the taskbar.

Reports from insiders are under investigation that the volume and brightness sliders are not displayed correctly in the quick settings.