If you want to delete the old disk and create a new partition or expand the space of a specific disk, you need to rely on Windows 10‘s disk management tools. The easiest way to manage disk partitions on Windows 10 is to use the operating system’s built-in disk management feature, which was last updated in Windows 7. 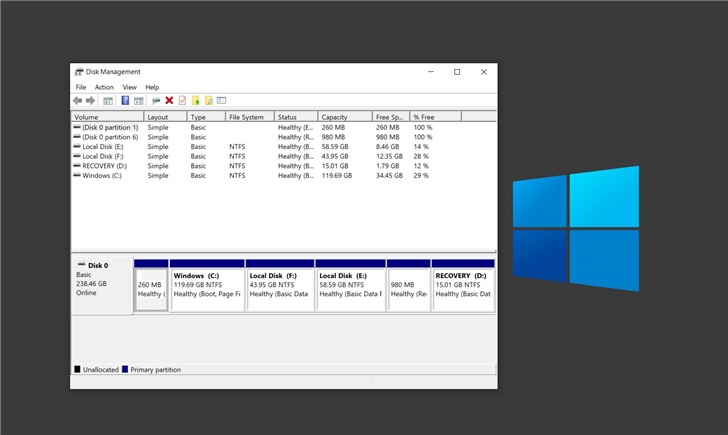 Foreign media found a reference to “Modern_Disk_Management_Link” in Windows 10 Build 19577+, which indicates that Microsoft is working on a new modern method to manage disk partitions on Windows 10.

Microsoft may see a link in the Settings app to launch modern disk management tools. However, it is unclear whether Microsoft has plans to integrate the updated partition manager directly into the Settings app.

Similarly, Windows 10 provides a new UI for pairing Bluetooth devices, but you still need to use the older tools to receive and transfer files over Bluetooth.