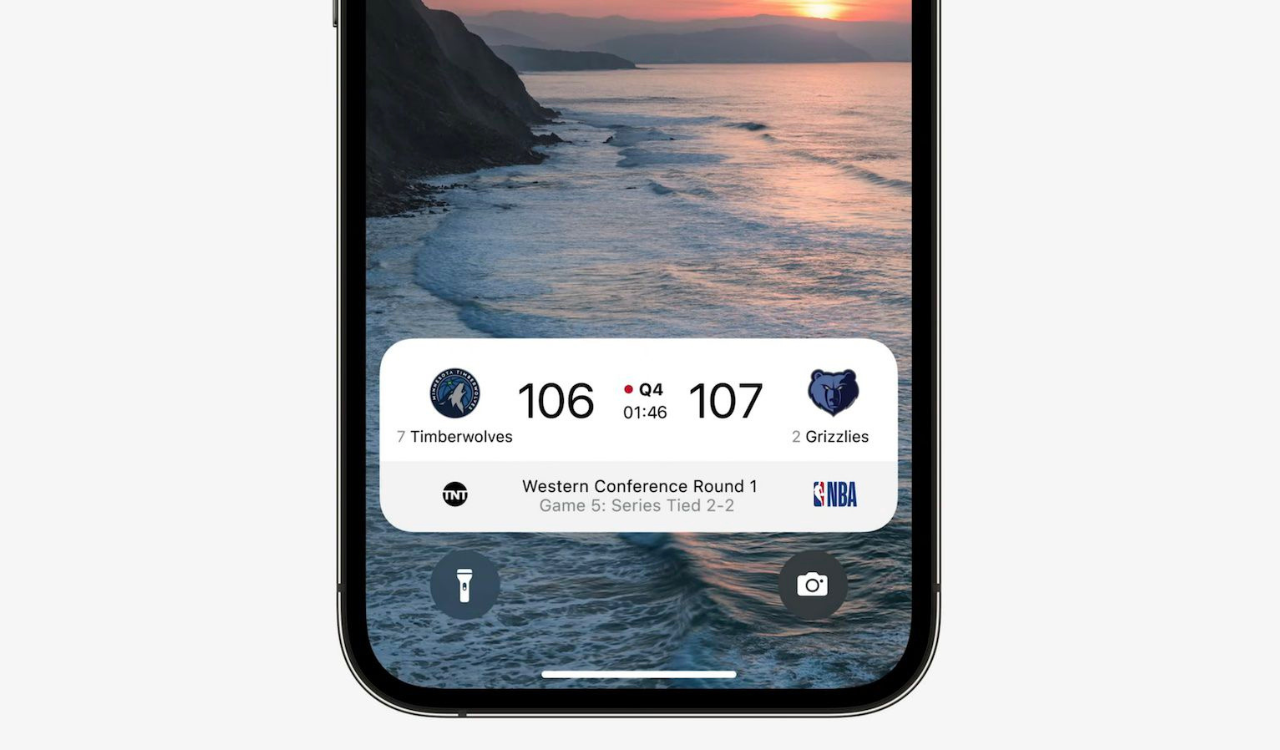 
A useful feature on iOS 16, Live Activities brings iPhone users real-time notifications based on widgets on the lock screen — such as race scores, Uber ride progress, and the status of food delivery orders. Recently, Apple wrote on the iOS 16 feature preview page that the company will soon roll out Live Activities updates related to the NBA, MLB and Premier League for select market regions.

First of all, iPhone users in the United States and Canada will receive updates on the results of Live Activities linked to the live broadcast of the NBA and the Premier League. Secondly, MLB events will also provide Live Activities push notifications for markets outside North America such as Australia, the United Kingdom, Brazil, Mexico, Japan, and South Korea.

Sadly, Live Activities will not be available when iOS 16 is officially released this fall (September), but will not be added until later this year in an update (eg as part of iOS 16.1 / 16.2). After the full liberalization, the majority of iOS developers will obviously be more active in submitting applications with the extension of the Live Activities widget to the App Store.

By the way, last month Apple released a new ActivityKit framework so that developers can start experimenting with Live Activities for their apps. But at this stage, the test app can only be used by iOS 16 beta users through the TestFlight channel.