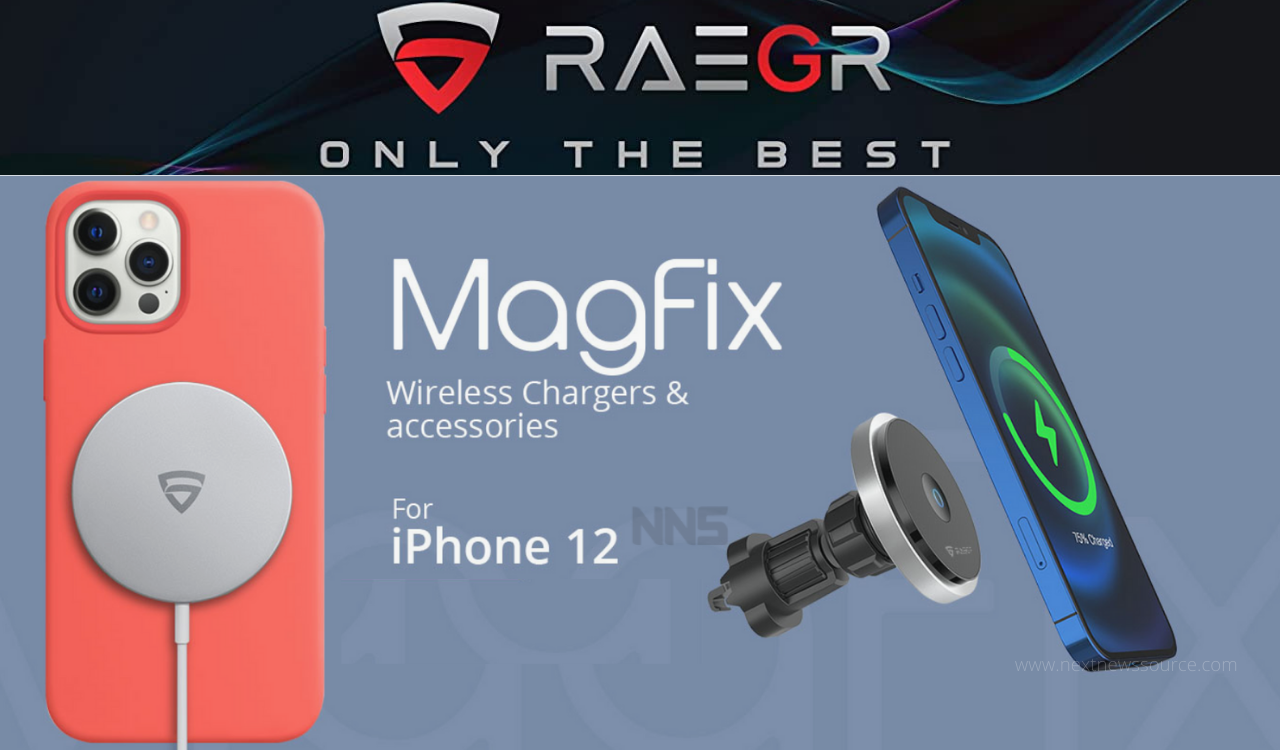 
Apple was launched its newly iPhone 12 series with the latest iOS 14 version in the month of October this year. After the launch, Apple brought back its well-known MagSafe charging feature in a new way. Apple iPhone 12 series has a circular magnet ring for wireless charging and it helps users not only for wireless chargers but compatible accessories as well. Now the Indian accessories manufacture company RAEGR has launched its own lineup of MagSafe-compatible chargers and cases for iPhone 12.

RAEGR was inbuilding its MagSafe accessories under the ‘MagFix’ branding in India. The company has launched two handy wireless chargers for your office, two for your car, and magnetic cases for all four iPhone 12 variants. Let’s figure out these products in a closer way.

RAEGR has released two types of MagSafe-compatible cases, both cases come with premium materials, maximum protection, and do not compromise on the charging efficiency. The case has raised edges to protect the screen and camera setup against drops. It supports all MagFix, as well as original MagSafe accessories. Both cases will be available in a variety of colors, including the transparent variant, Black, Cobalt Blue, and more while it is priced at Rs. 1,499 in India.

RAEGR has launched two MagSafe-compatible wireless chargers which are RAEGR MagFix Arc M920 and MagFix Arc M900. Both the wireless Chargers are available in India and they support 15W charging speeds, which require you to use 20W PD or QC2.0/3.0 power adapters.

The only difference between both Chargers in terms of build, the MagFix Arc M920 boasts a metallic build and other hands the M900 is made out of plastic. Both Chargers have magnets and will easily snap to the back of your iPhone 12. Also, it comes with multi-functional intelligent protection technology to protect the charger and device against overheating, over-voltage, and short circuits. Both are priced at Rs. 1,999 in India and these chargers are compatible with all of the four iPhone 12 models.

The company has also launched two MagSafe-compatible car mount wireless chargers namely the RAEGR MagFix Arc M1300 and MagFix Arc M1220 while these products are also available in India. The only difference between both Chargers in design and it has supports 15W charging speeds for all four iPhone 12 models. They can also be rotated 360-degrees, enabling use in both vertical and horizontal positions. Both the car mount wireless chargers are priced at Rs. 2,999 in India.

You can buy RAEGR MagSafe products from Amazon India.