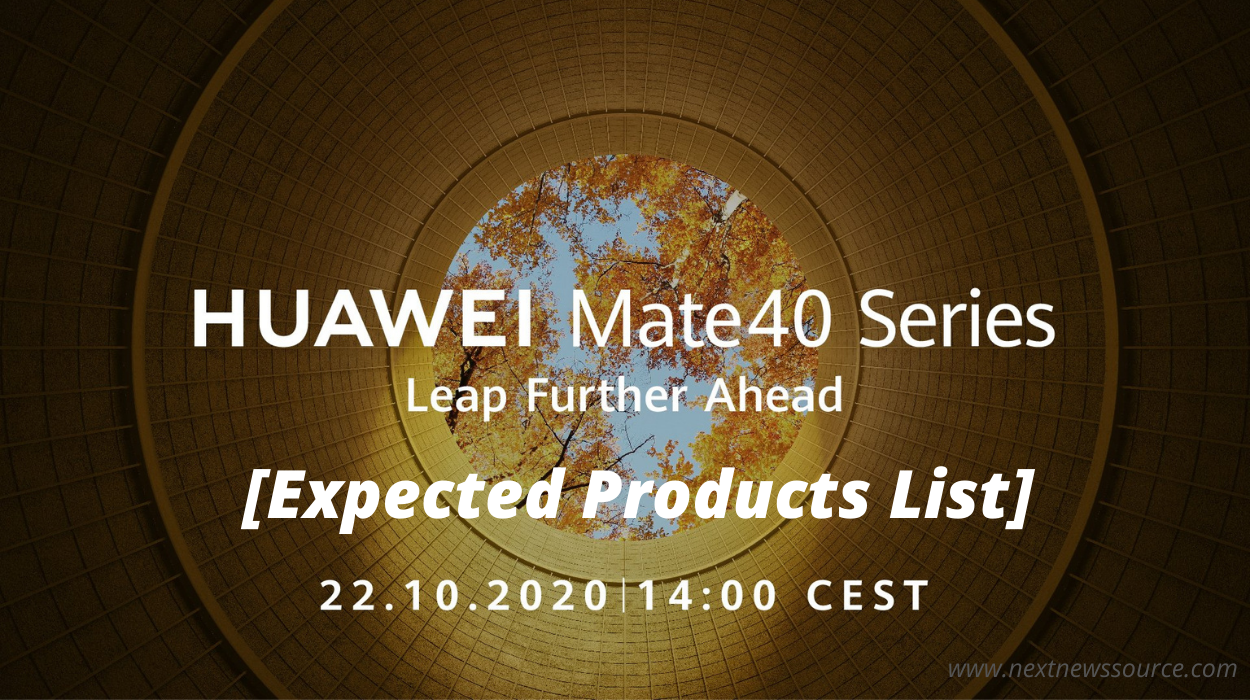 
On October 22, Huawei will announce its upcoming Mate series smartphone the Mate 40 series as well the new products. At the same time, Huawei will also announce the Kirin 9000 chip, which is also the first 5nm SoC 5G chip.

According to the latest rumor and leak found on Weibo, the Huawei Mate 40 series will include the standard version, Pro version, Pro+ version, and Porsche Design version. Below you can check the expected devices list.

The Huawei Mate 40 series conference will also announce the comprehensive capabilities of Kirin 9000 series chips, which is worth looking forward to. At the same time, the domestic press conference is expected to be held at the end of October.

The Huawei Mate40 series is expected to be equipped with 66W fast charging, equipped with Kirin 9000 series processors, and the model will continue to the Mate30 series, divided into Mate 40, Mate 40 Pro, Mate 40 Pro + and Mate 40 RS Porsche Design.

Huawei Mate 40 series may be equipped with the new Kirin 9000 series processors, of which the Mate 40 Pro is said to launch with a 6.4-inch dual-punch hole waterfall screen and a rear Leica quad camera. Recent reports suggest that Huawei stocks 10 million Kirin 9000 chips for it.