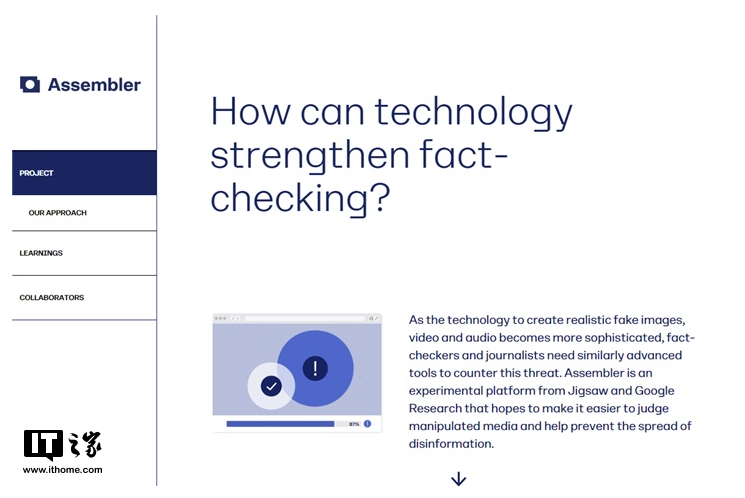 
Google subsidiary Jigsaw released an experimental platform called Assembler on February 5th.  This is also one of the methods Google uses to combat fake news.

Assembler combines several existing technologies in academia to detect the marks left by common image modification techniques, including changing the brightness of the image and pasting the copied pixels elsewhere to cover up some traces of content.

It also includes a detector that can find deep camouflage image content created using StyleGAN, which is an algorithm that can generate realistic fake pictures. These detection techniques are input into the master model, which tells the user how likely it is that the image has been tampered with.

At present, the Assembler platform is not perfect and versatile, and many monitoring technologies have not been integrated into it, but the official said that as the ecosystem continues to develop, the team will update it.