Foreign media Xda-developers reported that Sony has now released the kernel source code corresponding to Xperia 10 II and added it to its “Open Device Program” to promote third-party development. Moreover, Sony has added official support for unlocking the bootloader of Xperia 10 II.

Sony provides an AOSP build guide through the “Open Device” program, where experienced developers can use the device tree as a basis to port popular custom ROMs (such as LineageOS) to Xperia 10 II. But it is impossible to boot custom ROM or even GSI without unlocking the bootloader. Now the official support greatly increases the playability.

As always, you can go to the Sony Online Bootloader Unlock Portal and follow the required steps to unlock the Bootloader. If you can’t find the exact model number, don’t worry- Sony mistakenly listed it as “Xperia X10 II”. 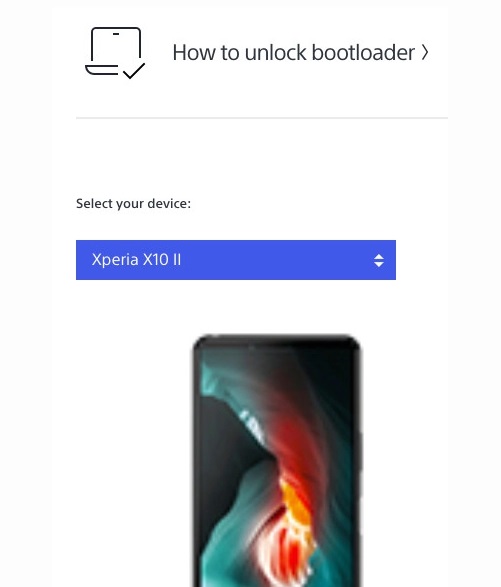 The bootloader of the Sony Xperia device will erase the adjustment area (TA) partition containing the DRM key. Without these unique factors, you won’t be able to access Sony’s proprietary audio and video functions, but at least Sony will no longer break the camera’s functions. On the other hand, some Xperia 10 II carrier versions may not meet the conditions for bootloader unlocking. You can verify it from the service menu by dialing *#*#7378423#*#* in the default dialer, and check whether it is qualified under “Service Information”> “Configuration”> “Root Directory Status”.