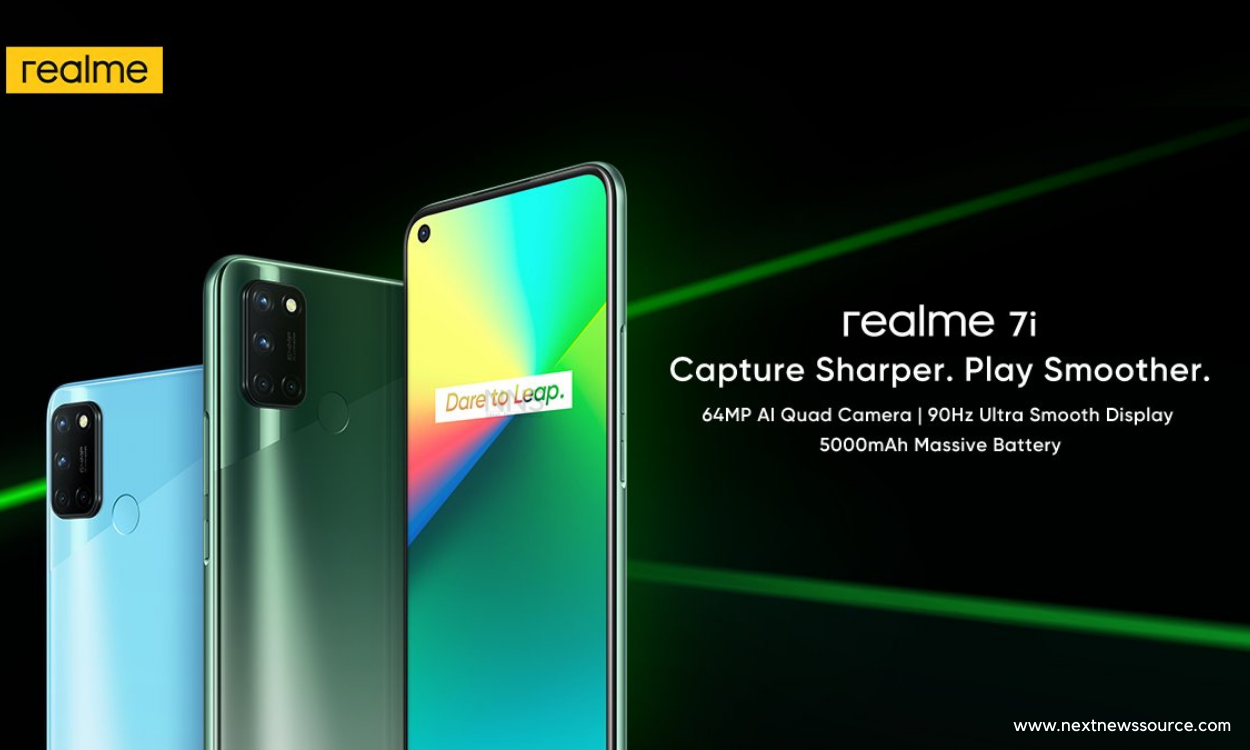 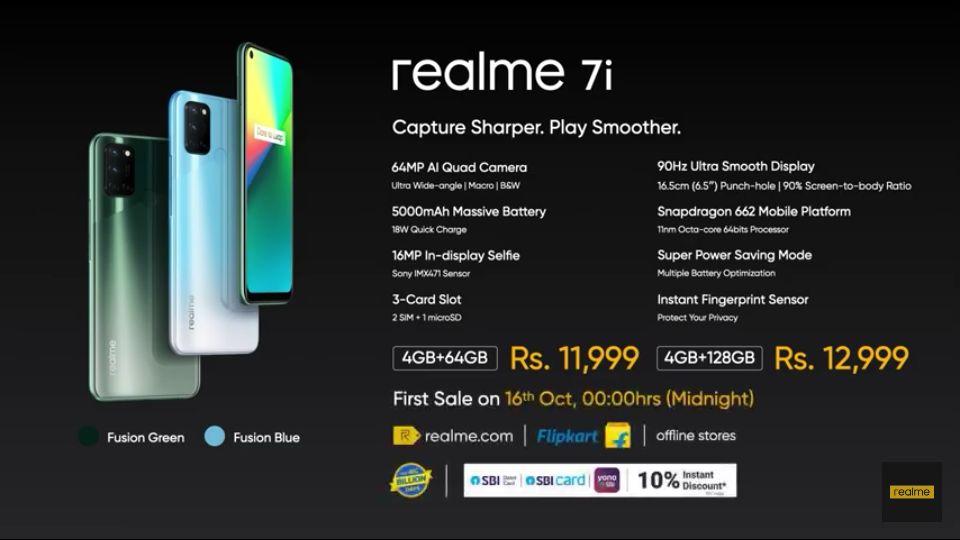 The Realme 7i runs Realme UI based on Android 10 and packs 128GB of inbuilt storage that can be expanded via microSD card with a dedicated slot. The Realme 7i is a dual-SIM (GSM and GSM) smartphone that accepts Nano-SIM and Nano-SIM cards. The Realme 7i measures 164.10 x 75.50 x 8.50mm (height x width x thickness) and weighs 188.00 grams. It was launched in Fusion Green and Fusion Blue colors. 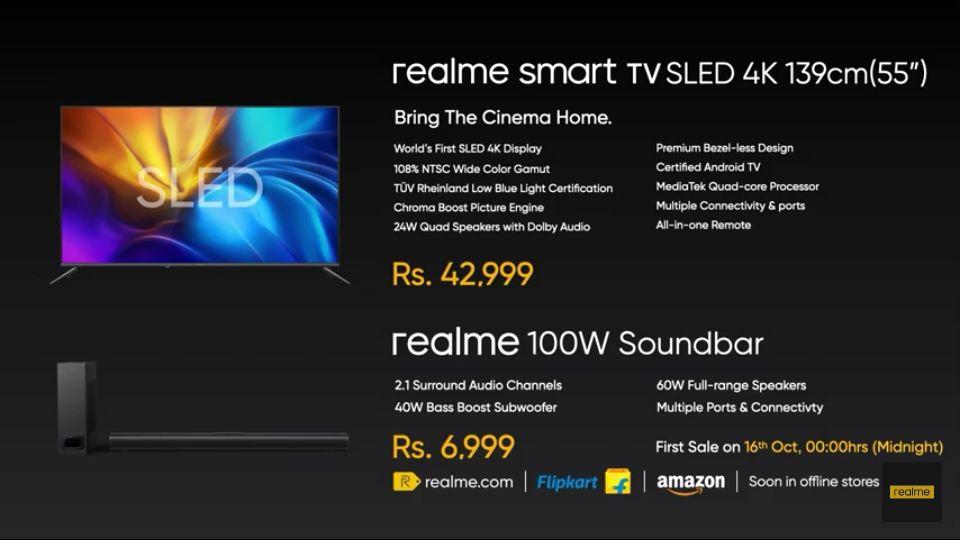 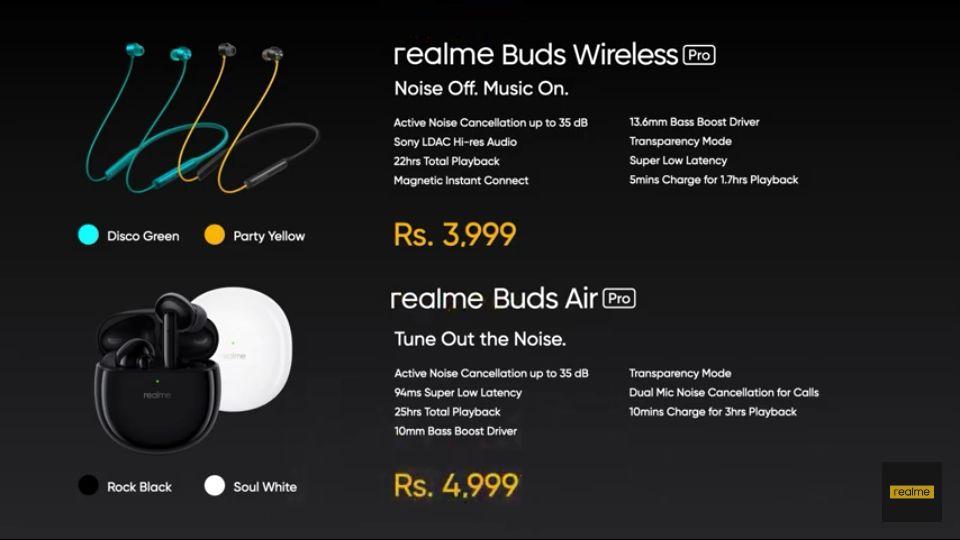 The earbuds come with a 10mm bass boost driver along with an advanced Dynamic Bass Boost (DBB). The company has added a new Bass Boost+ mode that pushes bass to a higher level. The device is IPX4 certified making it water-resistant and features initiative touch controls.

The Realme Buds Wireless Pro comes with active noise cancellation with up to 35dB. The neckband features 13.6mm drivers, which is said to be 21 percent larger than the previous generation. The earphones offer Sony LDAC Hi-Res Audio support for the enhanced audio experience.

It also comes with Super Low Latency mode that 119ms response time. The earphones support the magnetic instant connect feature with Google Fast Pair. In terms of battery, the earphones can last up to 22 hours of the battery without ANC and up to 16 hours with ANC. The device features fast-charging support that offers 100 minutes of playback with just 5 minutes of charge. They are can be charged up to 100 percent in just 1.5 hours.

Realme Smart Cam 360 was originally unveiled at IFA 2020 and is now making its way to the Indian market. It comes with 1080p full-HD video recording support. You also get 3D noise cancellation for better image quality, wide dynamic range (WDR), and a mechanical gimbal that allows for 360-degree panoramic footage for eliminating a potential blind spot. It also features an automatically activating Night Vision Mode for when the sun goes down. It supports AI motion detection for real-time alerts. You can use a two-way voice talk for remote calls. There is also a physical cover for the lens. 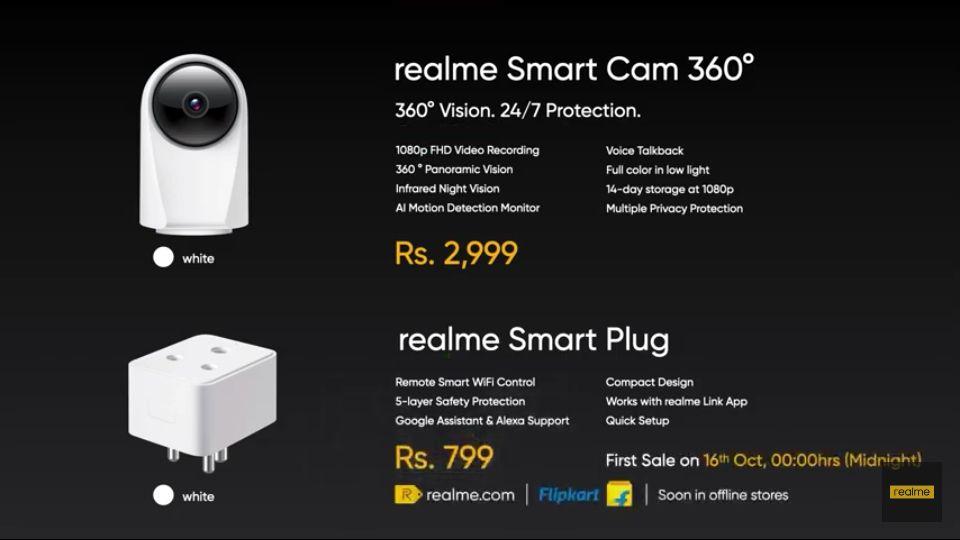 The Realme N1 Sonic Electric Toothbrush comes with a 20,000 revolutions per minute high-frequency sonic motor and DuPont 99.99 percent anti-bacterial bristles. It is backed by an 800mAh battery and stays decently quite at a noise level of 55db. The company states that the battery can last up to 130 days and can be charged via a USB Type-C port. The Realme N1 Sonic Electric Toothbrush has alerts for when you should switch to a different area of the mouth. It stops automatically after 2 minutes and a 5-minute charge gives 9 days of battery life. It comes with an IPX7 rating as well. 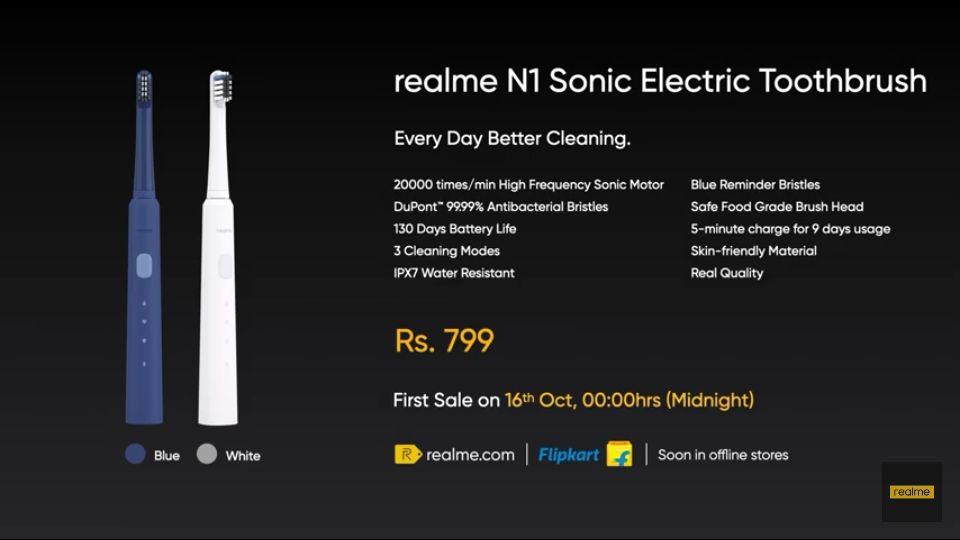 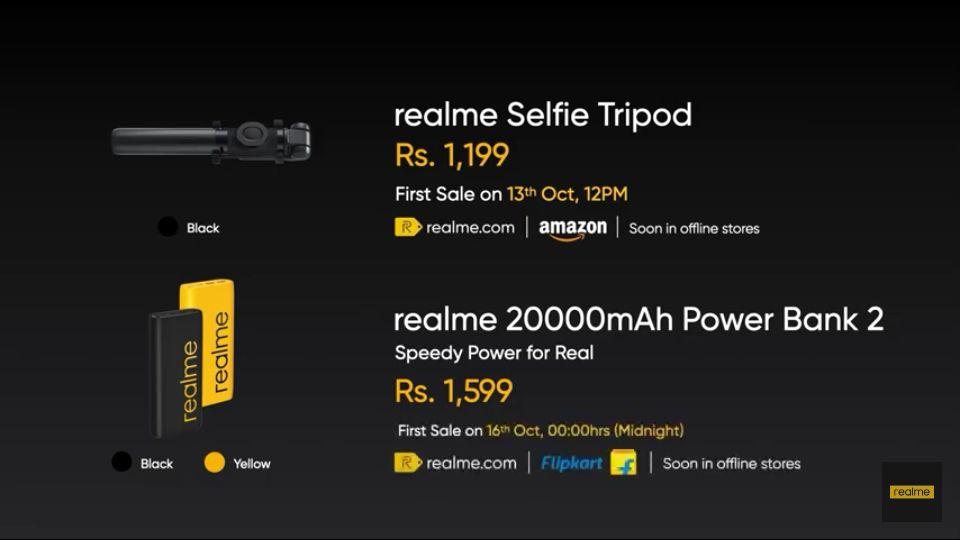 The company has also launched a 100W soundbar during the same event. The soundbar features a slim subwoofer and physical control on top. It competes with Xiaomi’s soundbar in the country, among other devices. The soundbar will cost you Rs 6,999. The 2.1-channel soundbar has a 60W full speaker and 40W bass subwoofer.