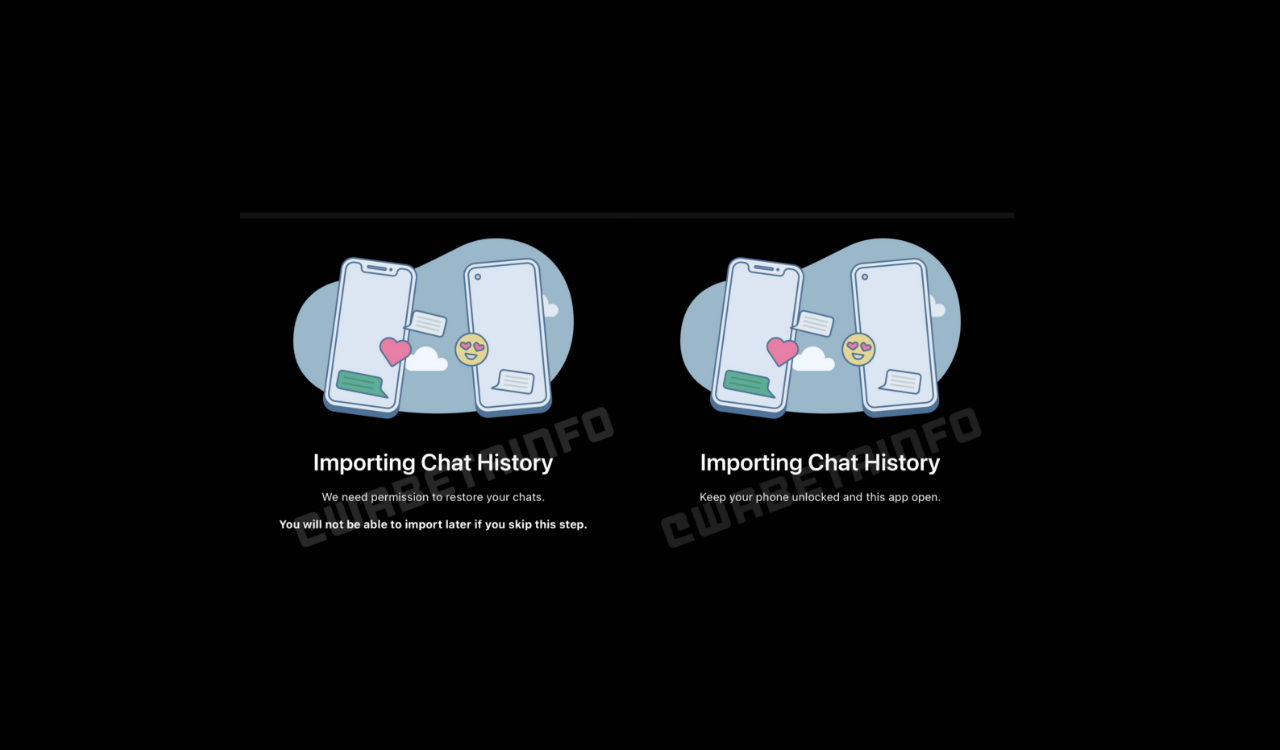 
According to the latest information, Samsung mobile phone users who want to migrate to iPhone can successfully transfer their WhatsApp chat history. Now, the app is continuing to develop support to enable all Android users to do the same.

According to WABetaInfo, the 22.2.74 beta version of WhatsApp for iOS adds the ability to import user chat history from Android to iPhone.

WABetaInfo also noted that there is also new data for version 2.21.20.11 of WhatsApp for Android, suggesting that the app is working on implementing the feature in both versions, as its changelog shows that to complete the transition from one OS to the other The migration will require the “Transfer to iOS” app.

Another feature users can’t wait to take advantage of is multi-device support, something Telegram has had for years, and why WhatsApp can’t implement it, in the same way, is unclear.

The multi-device support utilized by users can be used as a public beta feature of WhatsApp desktop, web and portal versions. In the future, the app plans to create a 2.0 version, bringing more features for multi-device support, such as a standalone iPad app.