Xiaomi has been very active lately and is preparing the presentation of many new products, from smartphones to gadgets and IoT devices. Recently, we learned that the company will soon release the Redmi 9A, the Xiaomi Mi Band 4C, and some more products.

We have already learned some details about Xiaomi’s products, but now the main features of the smartphone and smart band have been leaked, which are expected to be very economical.

According to the leak, the Redmi 9A has a 6.53-inch HD + Dot Drop Display display with a notch that hosts the 5MP selfie camera. In addition, the smartphone has the MediaTek G25 which is octa-core and clocked at 2.0GHz. We don’t know anything about RAM or storage at the moment.

Also, the smartphone has a 5,000mAh battery and a single 13MP rear camera with an LED flash. In the photo, we see that the Redmi 9A has a 2.5D screen and chin, and according to the image, it does not have a fingerprint sensor.

As for the Mi Band 4C, the smart band has a 1.08-inch TFT color screen with 2.5D Tempered Glass. In addition, its screen is covered with Anti-Fingerprint Coating and its battery has a range of up to 14 days.

In terms of design, the Mi Band 4C is the same as the Redmi Band. Also, the smart band has 5ATM water resistance, 5 sports mode, supports Bluetooth 5.0, and monitors heart rate. 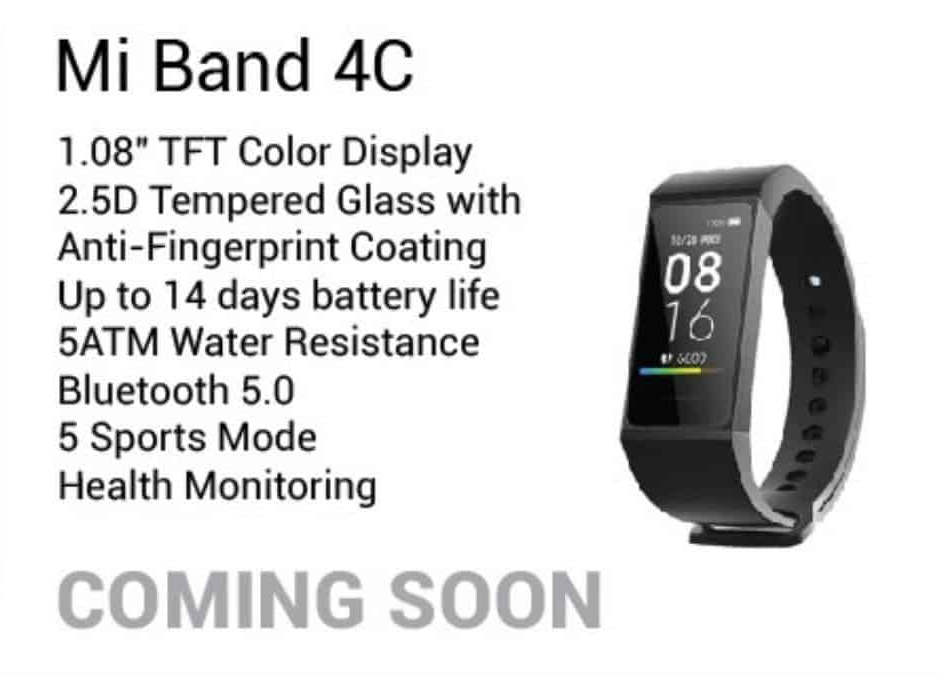