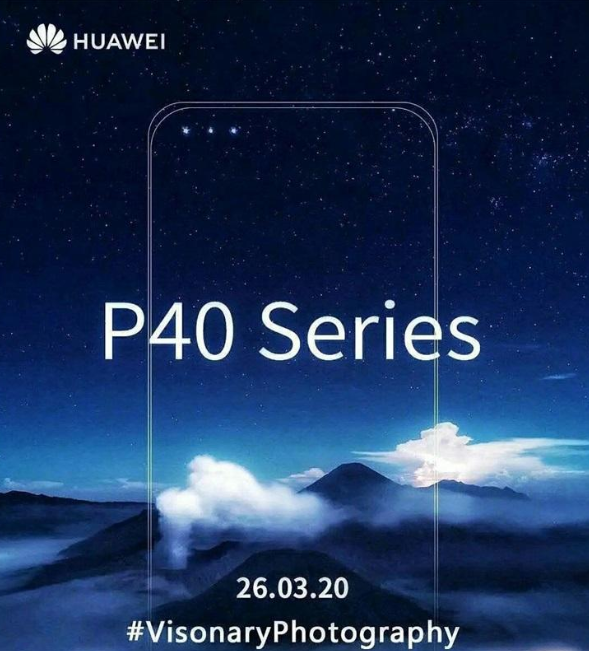 Judging from the screenshots, in addition to the information such as the release date of March 26, 2020, the poster also gives an outline map of Huawei P40 series phones. It is worth noting that it can be seen from the pictures that the Huawei P40 series seems to use a front three-camera solution. It is not clear about the specific scheme information of this design, and it is not ruled out as a dual-front camera + ToF scheme. At the same time, the design of the four corners of the front of the mobile phone is different from the existing mobile phone design, and there is no opening for the handset.

Huawei officially announced that the Huawei P40 Series Global Online Conference will be held on March 26.