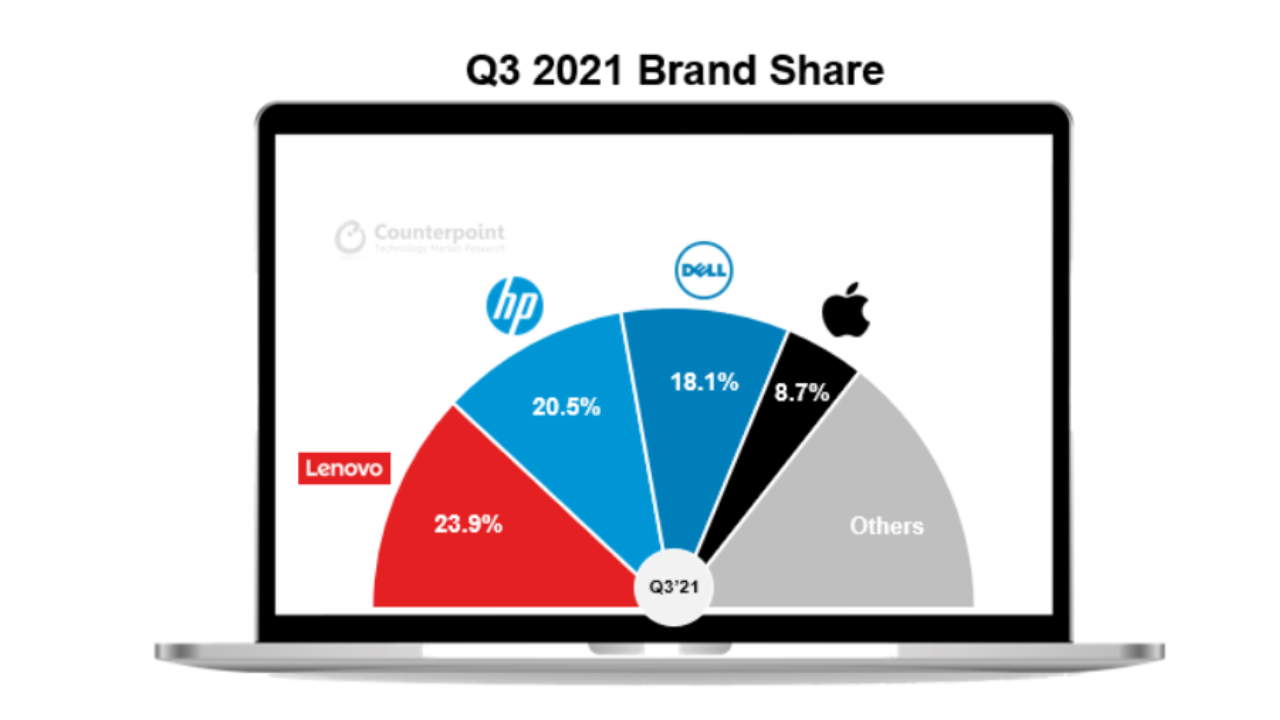 HP’s quarter-on-quarter decline is mainly due to the slowdown of Chromebooks and component shortages. Dell achieved 30% year-on-year growth in the third quarter due to its relatively low base and its focus on commercial/high-end products. One of the greatest tech company Apple in the third quarter of 2021, Apple’s shipments increased by 11% year-on-year, thanks to M1 Mac replacement demand.